Drinking plain water instead of sugary beverages is a simple change that can reduce intake of calories and added sugars, improve health and save money, too. Drinking water seems simple, but most Americans don’t do it enough. It’s particularly vital to encourage children to drink adequate amounts of water; a recent Harvard study shows that a little more than half of children arrive at school inadequately hydrated.

The National Drinking Water Alliance (NDWA) – soon to celebrate its first anniversary – is a project of UC ANR’s Nutrition Policy Institute (NPI). NDWA is a national coalition of nonprofits, academic institutions, advocates and individuals. NDWA works to ensure that all children are able to readily access safe drinking water in the places where they live, learn and play.

NDWA’s website serves as a “clearinghouse” for information about drinking water. It contains literally hundreds of useful tools, research studies, fact sheets, promotional materials, policy papers and the latest news from the field.

This project also serves to link and complement the work of the numerous organizations and individuals working to decrease sugary beverage consumption in the U.S. NPI and NDWA put the focus on healthy beverages, especially plain water.

UC ANR’s Nutrition Policy Institute has been funded by the W.K. Kellogg Foundation to serve as the “hub” for the National Drinking Water Alliance. For a complete list of NDWA partners, click here.

In light of recent events – including critical water safety issues in Flint, Michigan – California is offering free water testing for lead to the state’s schools. Learn more here; see the news release from the California Department of Education here. Since revelations in Flint – and since discoveries of tap water contamination in communities across the country –  NDWA has directed resources to informational efforts that will educate decision-makers at the national, state and community levels. NDWA partners have helped to develop some of the legislation for tap water testing in schools and childcare sites. Ten states adopted a variety of approaches for testing in 2016.

An American Academy of Pediatrics (AAP) policy piece on water safety as a priority for childhood health is included on the site; definitely worth a read. There’s a toolkit – from researchers at UC San Francisco – showing how to promote water consumption in community settings. Researchers and policy makers will appreciate the literature review section of the website, which focuses on drinking water access and consumption. Resources include a bibliography of peer-reviewed research and government agency reports.

February is National Children’s Dental Health Month (NCDHM). This year’s theme – “Choose Tap Water for a Sparkling Smile” – promotes tap water with a series of free posters in Spanish and English. These colorful posters are a great resource for school nurses, water promotion in school and childcare, and of course, the dentist’s office! Drinking plain water instead of sugary beverages is an important step in improving oral health and when it’s tap water, it may contain the added benefit of fluoride to strengthen the tooth’s enamel protection.

National Healthy Schools Day – slated for April 4 – will include actions to make drinking water part of a healthy school environment.

Editor’s Note: UC ANR – the University of California’s division of Agriculture and Natural Resources – is a statewide network of researchers and educators who work on issues critical to agriculture, natural resources and human development. ANR operates program that are well-known to the public, including the California 4-H and Master Gardener programs. ANR has several hundred locally based Cooperative Extension “advisors” working in communities and other campus-based faculty and researchers located at UC campuses, including UC Berkeley, UC Davis, UC Riverside and UC Merced. In addition, ANR operates nearly 60 county offices across the state and nine research and extension centers. To learn more about the history of ANR and its Cooperative Extension Service, read this piece by Rachel Surls and UC Food Observer editor Rose Hayden-Smith. 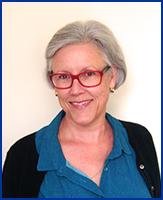 Christina Hecht is a Senior Policy Advisor with UC ANR’s Nutrition Policy Institute. Her primary focus area is healthy beverages, particularly drinking water. Dr. Hecht studies drinking water access and consumption, particularly in children. She works with colleagues across the country to promote and advocate for drinking water access and to reduce disparity in access to and consumption of healthy beverages. She holds a PhD in Population Dynamics from Johns Hopkins University, School of Public Health.