Editor’s Note: The UC Food Observer shares content with our media partners at KCET in Southern California. We’re delighted to share this excerpt from a #longread by Clarissa Wei, which appears as part of KCET’s remarkable Migrant Kitchen series. It’s a piece about organic farming, local food, culture and the place I call home: Southern California. Click the link at the end of this mini-post to access the full article. Related: Read this piece about the history of agriculture in Los Angeles County.

Just an hour away from the heart of Los Angeles, tucked away in the hills of Ventura County, is a 29.4-acre piece of land called Yao Cheng Farms that specializes in USDA organic-certified Asian produce. It’s owned by a family from Taiwan, who immigrated to Southern California in the late 1980s.

“We have over 100 varieties of leafy greens,” Jason Cheng, the son of the founders, says. The abundance of leafy greens, usually for the sake of stir-frying, is usually what sets Asian produce farmers apart from their Western counterparts.

On a mid-summer day at the farm, one might find tender chayote shoots, which can be blanched briefly and mixed in with a handful of finely minced garlic.

Baby amaranth leaves, which have a bit of a pink edge, are great quickly stir-fried with a running egg on top.

Chrysanthemum greens are appropriately herbaceous, and work well in a chicken soup with clear cellophane noodles and enoki mushrooms.

Mustard greens, with paper-thin leaves and crunchy bases, are preferably salted and pickled. In a week’s time, they’ll be ready to be ladled on top of pork noodle soup to help cut the fat.

The farm got their organic certification in 2009, and Cheng’s mom makes frequent trips back to Taiwan to keep up to date on the latest seed catalogs and Taiwanese farming techniques.

Yao Cheng Farms has been a regular fixture of metropolitan Los Angeles since 1989, catering mostly to the Chinese population. They’re regularly posted up at the Sunday farmers’ market in Alhambra — a suburban town just east of downtown Los Angeles with a 52.9 percent Asian population.

Yet in a city stereotyped for its dedication to healthful food, organic Asian produce grown within the greater metropolitan Los Angeles area is actually quite rare. 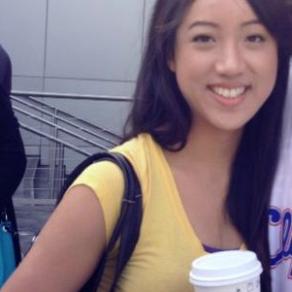 Clarissa Wei is a freelance journalist who writes about food systems and minority cultures. She has researched extensively on the topics of Chinese food and sustainable agriculture and is a certified permaculture designer.