Editor’s Note: This post also appears on the Center for a Livable Future’s blog (CLF, based at Johns Hopkins University). Check there often for fresh ideas about a healthy food system…and good writing. The post is part of a series focused on the Meatless Monday initiative, a global effort encouraging individuals and families to eat one meatless meal each week. It’s associated with the Bloomberg School of Public Health at Johns Hopkins University. The initiative is part of The Monday Campaigns (you’ll definitely want to visit that site for a range of health-promoting – and fun! – campaigns for kids and adults).

Many modern-day prophecies warn of the rising population, fated to reach 11.2 billion by 2100. A common concern associated with more people on the planet is food production and access. How will we produce enough food to feed a growing population? And how do we do this sustainably? One potential solution lies less in production than in distribution: we currently produce enough food to feed 10 billion people but waste about 1/3 or 1.3 billion tons of it annually.

In order to gain insight into food redistribution systems and develop new solutions, we can look to the food conservation efforts of the First and Second World Wars when massive food redistribution programs sought to reduce American at-home food consumption and channel more food overseas to Allied soldiers and Europeans. During the First World War, the amount of food consumed in the United States between 1918 and 1919 was reduced by 15% due to the wartime food conservation efforts.

On September 18, 1917, a Wisconsin state politician named Magnus Swenson suggested the institution of Meatless Tuesdays to decrease meat consumption in the state. Just five weeks later, on October 30, 1917, Food Administration Director Herbert Hoover announced nationwide meatless days, which asked Americans to eat no pork or beef one day each week.  In New York City, hoteliers and restaurant managers rose to the challenge and saved 193,545 pounds of meat on a November meatless Tuesday. Similar effort in wheat conservation enabled the government to save precious wheat and beef for the troops.

In World War Two, the introduction of rationing in American society saved food for the troops and made food access better among lower-income Americans. While many goods were still in scarce supply, many poorer people were able to access items like meat and sugar that they would have been unable to afford due to rising prices caused by increased demand and low supply. Even the wealthy could not purchase more of rationed items then they were allotted, preventing a concentration of items in the hands of those who could afford to the pay the most for them. Ration booklets allotted all families access to certain amounts of fats, meats, sugars and other dietary requirements and set the prices for these foods. One contemporary poster announces that “rationing gives you your fair share.”

The rationing system intended to ensure that all Americans, regardless of economic status, were able to access the same amount of coffee, meat, sugar, and fat. Rationing kept wartime prices of scarce commodities at affordable prices while also limiting the amount each family could purchase.

Efforts during the World Wars to reduce at home consumption and to ensure that wartime shortages affected all Americans equally can give insight into modern methods for adjusting food consumption and distribution to ensure a fairer, better fed tomorrow. In fact, some modern campaigns against food waste hearken back to World War-era campaigns.

One such campaign is called “I Love Leftovers.” Like the World War I-era campaign for food saving that encouraged housewives to use their leftovers to the fullest in order to save food for the troops, this campaign utilizes the most modern media of the time as well as cooking lessons, suggestions, and recipes to reduce food waste. Another modern campaign, Meatless Monday, takes its inspiration from World War I’s meatless day campaigns and asks people to reduce meat consumption by not eating meat one day each week. Eating less meat can reduce one’s risk of diseases like diabetes, heart disease, certain cancers and obesity and is better for the environment because meat requires far more resources, such as water, land and fossil fuels, than vegetable and grains to produce.

Modern food-saving campaigns can also learn about the interaction between government, persuasion, and behavior. The Meatless Tuesdays of World War I were ultimately not successful in reducing overall meat consumption (meat consumption rose between 1917 and 1918). This was due mainly to the rising wartime wages that enabled many lower class people to purchase meat regularly for the first time. The government was still successful at getting enough meat, wheat, and other staples to home front due to increased, technologically aided production during the time period.

In World War II, efforts were more successful at reducing meat consumption. Contrary to World War I, World War II paired governmental restrictions through the Office of Price Administration in the form of rationing with moving media campaigns about saving for the troops whereas the earlier campaign was completely voluntary. At the same time, however, the World War I campaign was extremely successful at spreading its message all across the nation, and during a time when mass media and the Internet did not exist!

Perhaps a lesson learned is that the redistribution policies of the future may be more effective when they incorporate policy with media campaigns in order to effect change.

With a growing population and pressure from climate change threatening our livelihoods, we need to think critically about how our food is produced, distributed, and consumed. Some of that unequal food distribution can be remedied using campaigns that look to earlier food redistribution campaigns in America during the World Wars. From the campaigns of the World Wars, we can learn the importance of eating locally, reducing waste, and eating foods that require fewer resources to produce.

Women, the World Wars and the Meatless Campaigns, by Erika Janik.

What a WWI Poster Can Teach Us About Food Waste 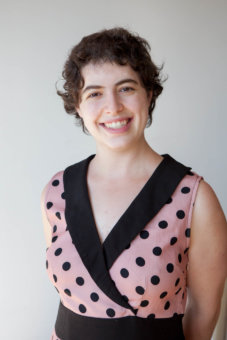